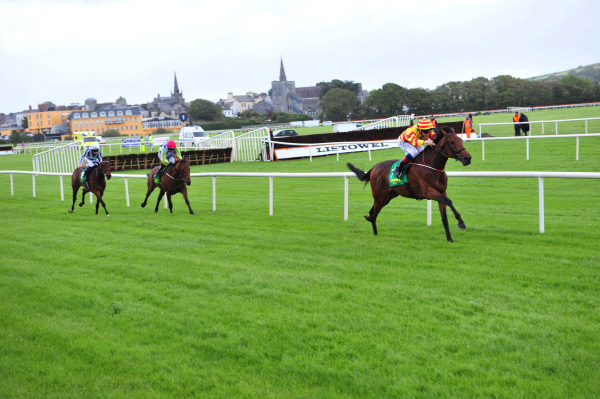 Eire Rock justified favouritism on day two of the Listowel Festival as he took the Irish Stallion Farms EBF Maiden at his ease under Chris Hayes.

Owned and bred by Michael O’Flynn, Eire Rock soon led and was ridden to assert over a furlong out. He kept on strongly from there to to win by an impressive six lengths.

“He is a lovely straightforward horse and we always liked him. He probably needed the run on his first start but he has built on it and I think he’s a horse with a future.

“I just kept it nice and simple and he quickened up good. His homework has been good. He’s a lovely big strong horse.” jockey, Chris Hayes.